When Lambay Island was purchased by Cecil Baring in 1904, the 15th-century castle was in need of considerable repair. Cecil Baring first employed an unidentified architect from Dublin to renovate and extend the castle before engaging world renowned architect of his time, Sir Edwin Lutyens to work on the redevelopment project.

The castle is the only Lutyens-designed home that is still in the hands of the family that commissioned it. Window frames, doorways and stairs were built with Milverton limestone, each stone lovingly shaped from an individual template supplied by the architect. The original castle walls are all angled to permit enfilade fire from musket holes. Lutyens’ architectural gem took nearly five years to complete.

Lutyens became a firm friend of the Barings and continued to return to Lambay Island throughout his life, adding to his architectural designs and renovations over the course of three decades. The castle rooms still hold some incredible Lutyens designed furniture.

Cecil Baring became Lord Revelstoke in 1929 and died in 1934. He and his beloved wife Maude Lorillard are buried in the family mausoleum on Lambay Island, along with their son Rupert Baring and grandson John Baring. The Mausoleum, also designed by Lutyens, forms part of the circular rampart wall around the Castle and is engraved with a poem Cecil wrote in memory of Maude when she died.

Today the Lambay Island estate includes domestic extensions to the old castle, a row of coastguard cottages, a Bothy, the White House (family guesthouse), a harbour and boathouse and a distinctive open-air real tennis court, the only one remaining in Ireland. 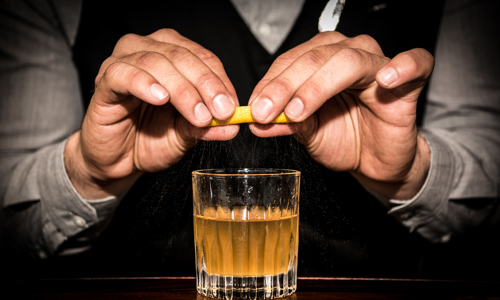 Discover the unique story of Irish Whiskey with our selection of top tips!